Knowing how to use a gun is a key skill for self-defense. In fact, regardless of your opinion on guns, you should know how to operate them. By their nature, guns have the potential to be used to harm unnecessarily. It’s unfortunate, but it’s also something we need to accept. This doesn’t mean that guns are inherently evil or bad.

Whether a gun is used to harm or defend depends on who handles the gun. Many of us would use weapons to defend ourselves, our family, or our friends, rather than to needlessly hurt others. If defense is your goal, you need some training with firearms, so here are some firearm training basics.

Handling will typically be the first part of a training program, as it’s crucial for safety, making it the most important aspect of firearm training. This training involves teaching people to ensure no one is put at risk while you use a gun. For instance, you need to wear the correct equipment (eye and ear protection) to protect your ears, etc. Depending on the gun you’re shooting, you could rupture your eardrum without proper protection. Additionally, it also involves using the correct ammunition, pointing the gun away from everyone, and loading and reloading.

Though not necessarily the first step, shooting is a major part of firearm training is learning, and it typically occurs in five steps. First, you learn to aim and get used to the gun’s iron sights and how well they map on to a target.

Second, you learn to breathe while aiming and what’s the ideal moment to shoot. Generally, you’ll find one of two moments the most stable and comfortable for shooting. The first is after inhaling (and partly exhaling). The second is the brief period after exhaling and before inhaling. Your gun will sway the least at these two moments. 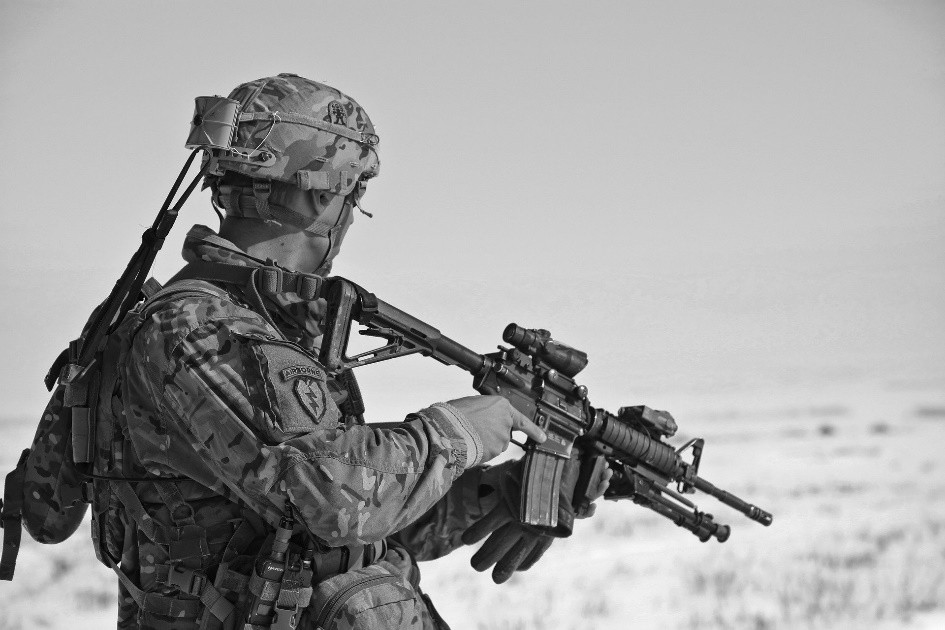 Third, you learn to hold your aim on and track the target. This step involves guiding your shots, which is useful when aiming at a moving target. Essentially, you aim at where your target will be in the time it takes your shot to travel.

Fourth, you learn to, finally, shoot the gun. As simple as this may seem, there are still intricacies to shoot. For instance, avoidjerking the trigger as that can cause the gun to move before you get your shot off. Instead, put steady pressure on the trigger until the gun fires.

Fifth, you learn to follow through with the shot. This step involves maintaining even pressure on the trigger after firing and getting acquainted with and used to the recoil.

This part of training is also critical to safety, but it’s only useful for people who plan to keep a gun in their home. Storage training involves teaching people where you can safely store a gun and how to store it to make sure it isn’t a threat. Storage also involves gun maintenance and cleaning training.

If you’re on the search for a place to learn these skills and more, reach out to us at Gladiator Firearms Training Group. We provide firearms training classes, such as concealed carry and pistol training, in Wyoming.

About the Author: admin